Mix Spanish and geography and what do you get? If you’re Bryanna Weigel, you get a recipe for some pretty interesting studies.

Bryanna’s a Keene State senior with one major in Spanish and another in geography, outdoor recreation, and planning, also known as “GORP.” (If you don’t know what gorp is, ask a friend who’s a hiker!) During the course of her time at Keene State, she has:

Bryanna’s two interests are not so far apart, it turns out. A native of Queens, New York, who moved to New Hampshire as a teenager, she lived in Peru after high school and before enrolling at Keene State as a nontraditional student who was a few years older than most of her classmates.

The experience in South America immersed her in the Spanish language, but also in recent events in Peru and how they affected life there. She’s been a Spanish major since her first semester at Keene State, but initially paired it with an education major, thinking she might teach at the secondary level.

But a geography class quickly changed her mind. “The professor, Chris Cusack, was great, and I really liked what I was learning,” she says. “It was very applicable in general life.”

What’s geography all about? Keene State’s GORP webpage describes it like this: “Geography is a dynamic field that examines how humans interact with each other as well as with the natural environment.” In other words, it includes politics, culture, the environment, landforms, climate change, demographics, and Geographic Information System technology.

“It’s really versatile,” Bryanna says of the major. It can prepare students to be cartographers and city planners and teachers and park rangers, among other things.

After graduation, Bryanna hopes to join the Peace Corps, which has been a dream of hers for nearly 10 years. Then she plans to go to graduate school for Spanish, and would like to write her thesis on Peru. “There was a lot of terrorism there,” she says, “from the 1980s to the early 2000s. I want to map out where all the terrorist attacks took place, and look at what that means socially because the attacks forced many indigenous people out of the highlands and mountains and into the city.”

It’s a topic that’s about geography as much as Spanish, she admits, and says she’d like to become a Spanish professor who also teaches some geography courses.

What’s Bryanna’s advice for new college students? Be your own advocate, she says. That means taking risks and talking with professors about getting involved in their research, and following up on opportunities. “It might be scary, but it can lead to great things,” she says. 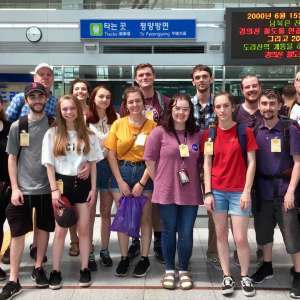 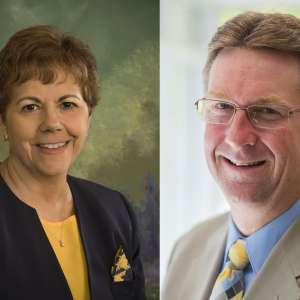 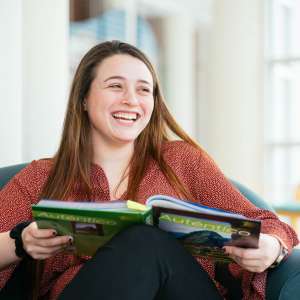