“Why has industry declined in Keene between 1961 and 2017? And yet – how has Keene managed to retain firms that make ball bearings, printing presses, lenses, and tools to make satellites? Two firms that make computerized precision machine tools are employers in Keene, even though other great machine tool makers in the Connecticut River Valley have disappeared – why?”

Those are questions students in Professor Marie Duggan’s spring 2017 economics course, Keene in the Global Economy, addressed and reported on in blogs that document their research on local industry. Each student described one turning point in Keene’s industrial base, with some of the turning points leading to decline and others to growth.

The research on Keene was used as a case study for exploring turning points in the industrial structure of the United States, Duggan posted on her blog. She also published an article, “Deindustrialization in the Granite State: What Keene, NH, Can Tell Us About the Roles of Monetary Policy and Financialization in the Loss of US Manufacturing Jobs,” in the November/December 2017 issue of Dollars & Sense: Real World Economics.

The students researched Keene manufacturers, some shut down and some still in existence. You can read about their findings on companies including Markem, Kingsbury, MPB, and Nanotech on the blog site. The blogs include contemporary and historical photos, recorded interviews with people who worked at the plants, census charts, and research papers.

“There is a component of personal transformation in this class,” Duggan writes. “The students are going to be entering the professional world in two or three years. How does understanding of this community change as each student comes to meet the people who make the products, and the men and women who lead the firms? How does this affect the student’s understanding of the type of professional life he or she would like to have?”

Liz Buckley, a Keene State junior who is majoring in management and economics, researched Moore Nanotechnology Systems, which manufactures precision machining systems and is based in Swanzey. Through oral interviews, she says, “I learned why diamond turning machines are made in Keene for the global economy, and the obstacles Len Chaloux had to overcome to create the company in 1997, and to keep expanding through the Great Recession in 2009. I made this economic history accessible to the community with photos, audio clips, and an essay” – all of which appear on her blog. She donated transcripts of the interview to the Cheshire County Historical Society.

“Through this experience I have learned how to reach out to the community and that people were willing and able to talk to me, explaining how they got to the positions they are in now,” she says.

Duggan notes that the course provided students with a broad picture of industry in the Keene area. “One thing we learned is that there is more to Keene than the big firms of Markem, Kingsbury, and Timken,” she says. “Students Tré Tipton and Sam Anderson and Kyle Roof conducted some amazing recorded interviews with Don Brehm, who is an inventive engineer who funded four companies in Keene between 1962 and 2003. He really opened up to those students, and we are donating those and all our interviews to the Historical Society. The most vibrant firms in Keene today may turn out to be such small independents, not the big names.” 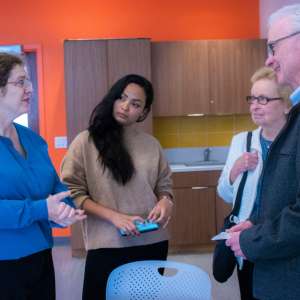 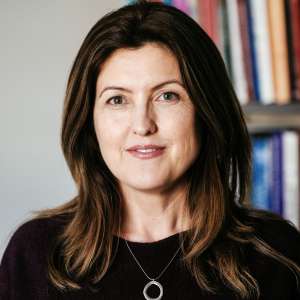 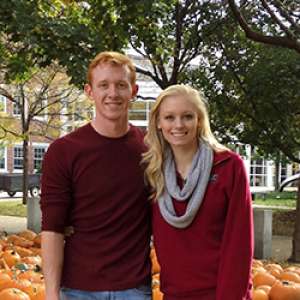