In Susan Rolke’s case, her love of physics and astronomy took her more than 43,000 feet above the Earth. On the nights of July 6 and 8, 2021, she climbed aboard NASA’s flying observatory, known as SOFIA (Stratospheric Observatory for Infrared Astronomy), a modified 747SP that accommodates a 17,000-pound infrared telescope that can gaze with precision and clarity far into the depths of space and send back data on asteroid formation, the Milky Way, or other projects that are being explored.

Susan was one of three American high school science teachers aboard the flight to observe, and ask questions, as the technical crew worked overnight to gather data without interference from Earth’s atmosphere. The highly selective program for teachers, called Airborne Astronomy Ambassadors that is administered for NASA by SETI Institute, a nonprofit, required rigorous training and preparation. In turn, she and the other teachers will bring indelible lessons back to their students this fall, infusing the details of their own hands-on experience into physics, astronomy, and chemistry classes, and emphasizing the cross-disciplinary nature of the work.

Susan’s love of science, technology, engineering, and math disciplines, and her devotion to teaching, began as a high school senior in Keene, New Hampshire, when she took a physics class mostly because she was interested in the interrelationships of calculus, physics, and astronomy. She entered Keene State in 1988 on an academic scholarship, and worked her way through college, supporting herself with jobs in the Math Center and the physics lab, excelling despite her demanding schedule, and graduating with bachelor of science degrees in math and physics.

Often, she was the only woman in a class. While doing an independent study with Dr. Russ Harkay, she went to an academic conference to present a physics paper with him and another physics student, and found herself in a room with 200 men and only one other woman – the wife of the Nobel Laureate who was the keynote speaker. At Keene State, Susan was a member of the Society of Physics Students and was inducted into Sigma Pi Sigma, the National Physics Honor Society.

Susan worked briefly as an insurance actuary after graduation, but quickly jumped into a teaching career with the help of a recommendation from one of her Keene State professors. She took an adjunct position teaching math at Franklin Pierce University, and soon was working fulltime as teacher and biology lab supervisor. In 2010 she received her master’s degree in science education from Montana State University at Bozeman, and began teaching high school science, along the way getting certified in teaching physics and chemistry as well.

This fall, Susan will return enthusiastically to the classroom at Conant High School in Jaffrey, New Hampshire. She can’t wait to share her NASA experience with her students and connect with them in person. She and her students worked hard, often remotely, during the pandemic year, when she developed At Home labs to investigate subjects like the polarity of molecules by using salad dressing and lava lamps. “At least we reinforced the idea that science is hands on!” she said.

This fall, she plans to continue using the curriculum from NASA and is thinking about how to revamp her chemistry classes to incorporate astronomy and the way planets are created. “This will pull them into physics,” she said, “and connect it all to the natural world around us. I’m so glad I had such an amazing experience this summer, and that it came at this point in my career, when I can really appreciate it.” In case it all starts to seem like a dream, she has the NASA flight jacket and photos to prove she was really there.

To learn more about the details of Susan Rolke’s dramatic adventure, you can read about it in her own words at her blog, rolkesofia.wordpress.com. 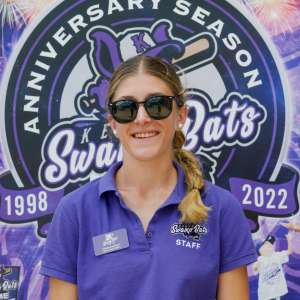 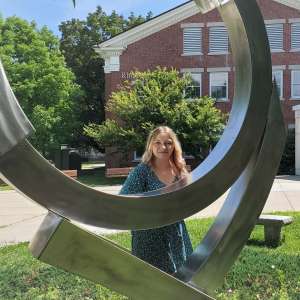 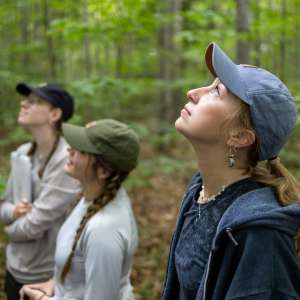