A study by three Health Science professors and the director of Community Health Clinical Integration at the local hospital has helped form the basis of a community action plan to make it easier for mothers in the state to breastfeed their babies.

One may not remember consuming breast milk, but it played a major role in our growth and development as babies. Breast milk is among the most nutrient-rich food around, but while breastfeeding’s benefits for children and mothers have been widely touted, it’s still not a universal practice among new mothers.

Becky Dunn, chair of Health Science at KSC, partnered with colleagues to find out what contributes to the practice of breastfeeding and to identify obstacles that keep New Hampshire mothers from starting and sustaining it. Dunn, along with Karrie Kalich and Meg Henning from Health Science and Rudy Fedrizzi, director of Community Health Clinical Integration at Cheshire Medical Center/Dartmouth-Hitchcock Keene, have been conducting research with a sample of mothers enrolled in a federal nutrition program.

The results of the study helped to inform the development of a community action plan to make it easier for mothers to breastfeed. A larger community coalition is helping to shape the plan.

“The good news is that there is a general understanding about the importance of breastfeeding from a health standpoint,” says Dunn. “Also, New Hampshire has a law that protects mothers who breastfeed in public – this is a solid foundation on which to build. And, for the fifth year in a row, New Hampshire ranks number one in perinatal care, which includes support around breastfeeding.”

The study found that 71 percent of participating mothers intended to breastfeed their child. Most who were breastfeeding at the time of the survey hoped to continue until their baby was 6 to 12 months old. However, most who had previously breastfed did so only during the first three months of their child’s life. What factors impact whether mothers reach the desired 6- to 12-month mark?

The first is the amount of support breastfeeding mothers receive from family and daycare providers. The mother’s perception of breastfeeding is important – those who thought it would be painful were more apt to forgo it. Having access to a breast pump and receiving breastfeeding support within the first hour of birth were also factors, as were age and education. Older mothers breastfed longer, and women who did not complete high school were less likely to breastfeed than those with college degrees.

Further research by Dunn and Kalich shows that while New Hampshire daycare providers are doing a good job of providing bottled breast milk to children and inviting mothers to visit and breastfeed their children, there is room for improvement.

“We are building on our research to advocate for policy within the workplace and child-care setting, increase support, provide training to child-care centers, and help educate women and families about the benefits of breastfeeding,” says Dunn. “Our work is essentially just beginning.” 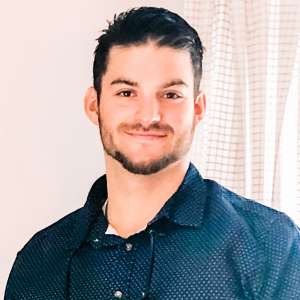