Keene native Joshua Moore decided to pursue a public health degree at Keene State College because he felt like it would be an impactful area to study and had an inkling that “something big was coming.” His timing couldn’t have been better. As the senior prepares to graduate from Keene State, he’s excited to put his passion for public health to use. He’s already made a big contribution through an internship with the Greater Monadnock Public Health Network.

The opportunity came from a connection Josh’s advisor, Professor Margaret Henning, helped him make. When he reached out to ask about internship possibilities, he included a gift card to Dunkin’ Donuts, which helped him stand out from the crowd. That led to a part-time internship with Olivia Watson, who is the public health emergency preparedness coordinator at the Center for Population Health and also director of the Greater Monadnock Medical Reserve Corps.

“I started in the fall semester and began working to update the regional public health emergency annex, which is basically the response handbook in the event of an emergency. It was really a timely project since it’s been used to handle the pandemic response in this region,” said Josh. “In addition, I managed the Greater Monadnock Medical Reserve Corps Facebook page and created public health emergency preparedness trainings for the community, which is cool because I get to be creative. I get to build programs on topics I’m interested in and draw on my connections in the community.”

Public health is natural fit for Josh, who has already completed an associate’s degree in fire science from Lakes Region Community College and has worked as a wildland firefighter and personal trainer. Josh likes the idea of helping others on a broader and bigger scale. “I feel like health promotion programs are something that’s been overlooked in the US. Improving public health improves life expectancy and quality of life, and can even boost the economy. I don’t know why more people aren’t talking about this,” said Josh.

Unfortunately, due to social distancing guidelines, Josh’s internship has been on hiatus since the pandemic started. In the meantime, Josh is focusing on updating his résumé and looking ahead to the future. “I hope I’m able to return to my internship soon because I’d like to get more day to day experience. Working for Olivia has been great because she’s a good communicator and always answers my questions. It’s also nice to get that example of how a professional operates in the field,” said Josh. “Beyond that, I want to be in a position where I can help make real change, so pursing a master’s in public health policy is very appealing to me.” 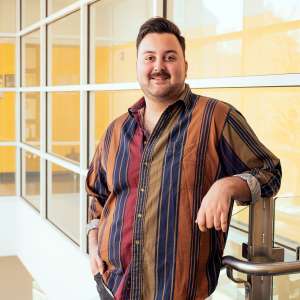 Public Health Major Prepares for Journey to Zambia after Graduation