Navy Veteran on a PhD Path

If your path begins with community college and leads to a four-year degree (and maybe more), you’ll be glad to know a new partnership makes it possible to do both on the same campus. River Valley Community College’s Keene branch now shares digs with Keene State College.

For River Valley students, the move provides access to Keene State facilities including classrooms, library, student center, and dining commons. And, as Keene State President Melinda Treadwell has noted, it provides another pathway to college for students.

Meet Alan Hicking. His post-high school journey started with eight years in the Navy – six on active duty and two as a reservist – serving as a mechanic with the Seabees, also known as the Construction Battalion. When he returned home to New England, he took a few classes at the Community College of Vermont and then transferred to River Valley Community College, drawn by its biology program.

Alan attended classes at River Valley’s main campus in Claremont, New Hampshire, and at its Keene branch, earning an associate’s degree in biological sciences before enrolling at Keene State. He also spends time in a biology lab at Dartmouth College, where he began working as a community college student on research involving a virus that infects soil bacteria that live deep underground.

That led him to a new goal. When he started taking classes, he thought he’d earn an associate’s degree and then join the workforce or perhaps pursue a bachelor’s degree. Now, after being involved in research, he plans to pursue a PhD after he graduates from Keene State with a bachelor’s degree in biology, with an aim of becoming a research scientist.

“Part of the reason I came to Keene State was to give me a better idea of what I want to specialize in,” he says. “For instance, I have a lot of experience in microbiology and bioinformatics, and I want to learn more about marine biology.”

He chose Keene State after visiting a number of colleges. Here, he found “way more energy, way more enthusiasm – and a lot more fun.” A conversation with Dr. Cynthia Hays of the Biology Department gave him a good feel for the kind of research being carried out here, as well, which was a big draw for Alan.

As an older student, Alan found it helpful to jump back into education at a community college. The small, close-knit environment helped him transition to student mode after being out of school for almost a decade.

For community college students interested in moving on to a four-year degree, River Valley’s Keene State location also offers a taste of life at a residential college within the safety of a community college program. “The River Valley students are basically nested right into Keene State,” Alan notes. “They can have their two-year experience and be in the classrooms and the college environment and see what the four-year experience is, and if it’s right for them.”

Check out Keene State College to see if it’s right for you.

Take a look at the New Hampshire Dual Admission Program. You can enroll in one of the state’s seven Community Colleges and be admitted into the University System of New Hampshire at the same time 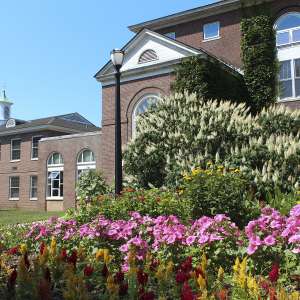