Student researchers in Keene State College’s Chemistry Department are doing real-world work that could one day contribute to a drug that targets cancer cells.

Chemistry Professor Paul Baures and his student researchers are collaborating with a lab at the Dartmouth Medical School to refine and test a compound that shows promise in attacking the fatty acids in breast cancer cells, while leaving normal cells alone.

The molecular structure of the compound has its origins in Baures’s lab dating back to the 1990s; a National Institutes of Health (NIH) program in the mid-2000s found it to be the most promising of some 362,000 compounds that were put through a battery of tests.

That determination led Baures to reach out to William Kinlaw, emeritus professor of medicine at the Geisel School of Medicine at Dartmouth, whose research interests include endocrinology and fatty acids in cancer. Now, Baures and his Keene State undergraduate student researchers are refining the compound in various ways to make it more stable and more potent. Kinlaw and his graduate student researchers are testing those newly created compounds, first for their ability to kill breast cancer cells and then for stability in mouse plasma, with an aim of finding one that’s fit for use in a study using mice.

“I thought these compounds would be useful,” says Baures. “They may still not ever turn out to be something that a patient would benefit from. We don’t think that inhibiting fatty acids in a cancer cell alone would ever be used as a sole treatment, but it could really help boost other treatments, so you don’t have to take as much of a traditional chemotherapy drug.”

The project’s funding comes from New Hampshire INBRE – IdeA Network of Biomedical Research Excellence, a program funded by the National Institutes of Health to develop a coordinated network of biomedical research and research training in New Hampshire. The grant covers supplies and Baures’s summer salary. A separate INBRE training grant covers the salaries of the student summer researchers.

For students, the research experience is extremely valuable when it comes to applying for jobs or graduate school, says Baures – and the connection with Dartmouth College has been beneficial for many, too. One of his former summer researchers is now in the chemistry PhD program at Dartmouth; another is working for a contract agency that works inside the pharmaceutical company Pfizer.

And, if all goes well, the compound they are working on may one day be an important piece of tackling cancers including breast, prostate, and colorectal. “We’ve had multiple hypotheses,” says Baures. “Not all of them pan out, but one of them has, and the compound that results from that competes with the best in the literature.” 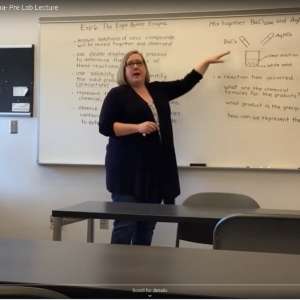 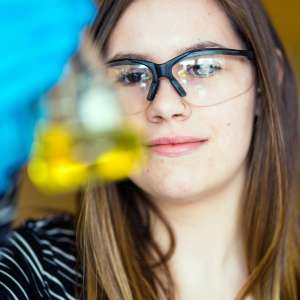 Wonder How You Can Use Your Chemistry Degree for a Better World? 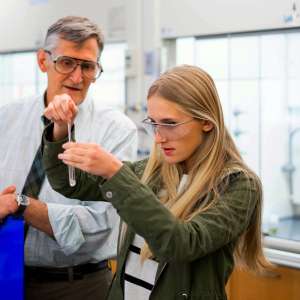 5 Reasons Why Students Should Do Undergraduate Research