Research in Panama Leads Student to Present at Latin-American Conference

Caroline McSherry ’17 has had a momentous senior year, thanks to a study-away semester in Panama in the fall and the opportunity to present research that she did in the Central American country at a national conference on Latin American studies this spring.

“I wanted to boost my Spanish language skills and to step out of my comfort zone and travel to a new place,” says the environmental studies major. She accomplished both of those goals – and considerably more.

McSherry and 11 other college students from the US took part in Panama: Tropical Ecology, Marine Ecosystems, and Biodiversity Conservation, a study-abroad program administered through the School for International Training in Brattleboro, Vermont. Led by a Panamanian director, the students traveled to a variety of communities and worked with faculty from the Smithsonian Tropical Research Institute, which is located in Panama.

They spent seven weeks exploring a variety of ecosystems, from highlands to rain forests to coral reefs, staying with a succession of home-stay families. The classrooms were typically outdoors, and the academics were rigorous, says McSherry, with lectures, data collection, information sharing, and regular quizzes. For the last month of the program, each student conducted independent, original field work.

For her independent project, McSherry traveled to the western highlands of Panama, to a farming community that has been suffering from problems with soil run off caused by wind and rain. The soil, which contains pesticides and other toxins used in farming, ends up in a river that runs through town. “The river is the water source for everyone in that province, so if there are chemicals and soil in it, it’s not good,” says McSherry.

She conducted interviews with 10 farmers, six sellers of agrochemicals, and the director of a local NGO that works with soil conservation to find out what conservation steps farmers are taking to prevent the erosion.

She learned that most farmers were using at least one method of soil conservation, and some were using more than one, including building terraces to discourage run-off, installing sedimentation boxes to catch run-off, and planting trees whose roots help hold the soil in place. The farmers who are using such techniques said they do not experience severe erosion of their land.

McSherry wrote up her research into a paper and also did a presentation on it for the other students and some of the professors. The program director encouraged all of the students to attend the Latin-American Research Symposium at Birmingham Southern College in Birmingham, Alabama, held in April. Two of them did so, including McSherry – who was able to make the trip because of grant money she received through Keene State’s Center for Creative Inquiry, which provides funding for student and faculty research. There, she gave the presentation again.

“It was a good way to wrap up my study abroad,” she says. “I was really happy that Keene State was able to grant me money to do this.” She highly recommends studying away; in fact, she’s been working with the Global Education Office since her return to help spread the word about semesters overseas and in other parts of the US. “It was the best thing I’ve ever done,” says McSherry, who credits the Global Engagement Office and the Center for Creative Inquiry with making the Panama exchange and the conference trip, respectively, possible.

There’s more travel in McSherry’s future. After graduation, she’ll be working her way across the country via WWOOF – Worldwide Opportunities on Organic Farms, a program that provides room and board at farms in exchange for farm work. 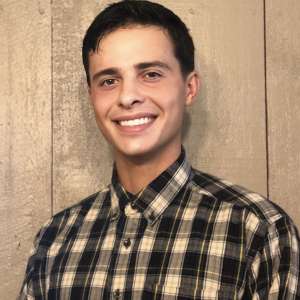 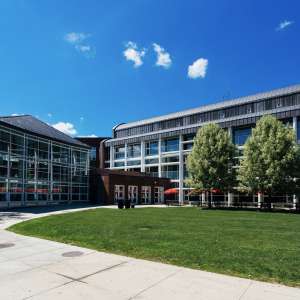