KSC’s Mason Library recently established the Modern Poetry Collection, a special collection of books, periodicals, and archival manuscripts of 20th century poetry. Three significant gifts are now, or soon will be, in the Collection. A bequest earlier this year of a 2100-volume modern-poetry library, valued near $89,000, from the family of Frank C. Shuffelton inspired the creation of the Collection. Frank Shuffelton, a long-time summer resident of Harrisville, N.H., was the chair of the English department at the University of Rochester. The Shuffelton family choose Keene State College over the University of Rochester because of Shuffelton’s love for the Mondanock area. The Shuffelton collection includes first and rare editions of works by John Ashbery, Elizabeth Bishop, Gwendolyn Brooks, Frank O’Hara, Stanley Kunitz, Robert Lowell, Allen Tate, William Carlos Williams, and many other poets-a who’s who of modern poetry.

Adding to the scope of the Modern Poetry Collection, the Zephyr Press (Brookline, Mass.) will soon be donating its editorial and publishing records, and those from its earlier incarnation as Aspect Magazine. The records span the years from the 1960s to 1997. Zephyr Press is best known for publishing the works of all the major Eastern European and Chinese poets.

“Aspect Magazine was a prominent Boston poetry journal of the 1970s and 1980s,” said poet and KSC English Professor William Doreski. “Many well-known poets appeared there. Zephyr Press grew out of Aspect. It has published a great deal of poetry translated from Russian and Chinese, including the only English edition of Anna Akhmatova’s complete poetry. Aspect and Zephyr brought together important American and Russian poets, and it continues to publish significant important work. … While I haven’t seen the archive, I expect it to contain a great deal of material for those interested modern and contemporary American, Russian, and Chinese poetry and their various intersections.”

Prof. Doreski also explained that, “aside from the academic scene, which incubated quite a lot of poetry and literary scholarship, the street poetry scene (some of it inspired by John Wieners, one of the last genuine beats) developed a lot of innovation in the poetry world. Aspect, along with Arion’s Dolphin, Ploughshares, and Agni Review, was one of the main outlets for a whole lot of literary activity. Poets who grew up in or were affected (afflicted?) by this scene include Charles Simic, Maxine Kumin, James Tate, Tom Lux, Robert Pinsky, Frank Bidart, Ron Slate (editor of Chowder Review), Gail Mazur, Sam Cornish, Lloyd Schwartz, and many others. This group includes several national poet laureates, many Pulitzer prizes and National Book Awards, etc. The 70s was a particularly hot time for the Boston poetry scene, and Aspect was there to catch it.”

The collection also includes the papers and works of the Monadnock Pastoral Poets—a group led by Rodger Martin, an adjunct faculty member in the KSC Journalism Department and editor of the poetry journal, Worcester Review. The Monadnock Pastoral Poets include Jim Beschta, Pat Fargnoli (former NH Poet Laureate), Terry Farish, John Hodgen, Adelle Leiblein, and Susan Roney-O’Brien. You can see samples of their work on the group’s website. 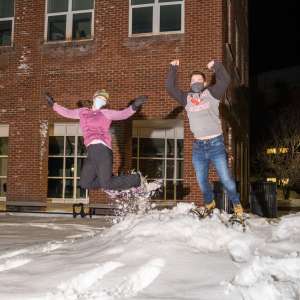 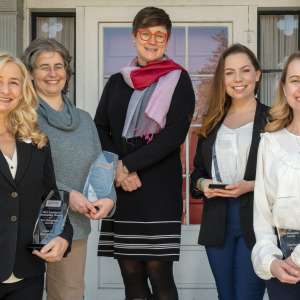