A Legacy That Spans Six Decades Has Brought Love, Friendship, and Prosperity to the Coll Family

Back in the early 1960s, the counterculture movement was building in San Francisco, the Vietnam War was raging, and Betsy Richardson and Bob Coll were two young Keene State College students whose paths hadn’t crossed. Neither of them could have anticipated how the school would impact their lives, families, friendships, and careers. Today, they’ve been married for 51 years, have raised two daughters, and have retired from two successful careers. Looking back, they can see how thier experience at KSC has woven its way through their lives.

How KSC launched Betsy’s career as a physical education teacher

It all started with Betsy’s uncle, Edwin Betz, who was a science professor at Keene State—the 1961 yearbook is dedicated to him—and her aunt Eleanor Betz, who was the registrar for many years.

“I applied to Keene because my uncle had been there, and my mother encouraged me to apply.” Betsy said. She wanted a college that wasn’t too close to her Greenfield, Massachusetts home, so crossing the state line to attend KSC seemed like a perfect fit.

Back in the early 60s, women didn’t have many career options. Betsy said the choices came down to teacher, nurse, or secretary. “I liked PE, so I figured I could go to college and play sports for four years,” she said. The KSC physical education major was just for women at the time, and she liked that women-only focus.

When Betsy got there, though, she found the course load more demanding than she had expected. “I got slapped in the face freshman year when I found myself studying these subjects I couldn’t even pronounce, like kinesiology and physiology. I thought I was in the wrong curriculum, quite frankly.” Still, she thrived. “We didn’t just have anatomy and kinesiology. We had physiology of exercise and prevention and care of athletic injuries,” she said. “It prepared me to take care of athletic injuries when kids were hurt.” Along with her focus on academics, she got involved. “With all the organizations and sports and cheerleading I was in, I was on campus all the time,” she said. “It wasn’t like I went home every weekend.”

Her major required nine weeks of student teaching in elementary school, and she learned quickly that she preferred teaching older students. Most elementary schools didn’t have a designated gym, so in cold or rainy weather PE classes were held in the classroom. Betsy would have to draw a string across the room and have the children hit balloons across it to teach them how to play volleyball. “I found out really fast I didn’t like elementary. I didn’t like throwing those balloons across the string and having kids tripping over desks,” she said.

Her student teaching at a junior high school, however, launched her career. The PE teacher there left as Betsy was finishing her student teaching, so she filled that position. She taught there for five years, took four years off when she had her daughters, then taught for 29 years at Memorial High School in Manchester, where she coached volleyball as well.

Betsy said her KSC education prepared her well for her career in large and small ways. “Every day I taught was a learning experience because I was involved with so many kids. You have 30 kids in a class for five periods a day, then you have a study hall with another 200 to 300 kids in a cafeteria. You deal with so many different personalities—it goes beyond teaching,” she said. Betsy taught physical education for 34 years and retired in 2006.

Her class, the class of ’67, was the first class to attend what was called Keene State College for all four years—the school transitioned from Keene Teachers College in 1963. The school was much smaller then, with about 1,000 students altogether.

Bob thrived in a career in construction, thanks to KSC

Bob’s path to KSC wasn’t quite as direct as Betsy’s was. He graduated from Pembroke Academy, a small high school in Pembroke, NH, in 1961, where he was one of only 56 graduates. “My father made it through grade 6, and even though he was very successful as a construction superintendent, he always wanted me to go to college,” he said. “I have three sisters, but I was the only one in my family to go to college.”

Bob attended the University of New Hampshire (UNH) after high school, but it wasn’t a good fit for him. So, he left there and worked in construction for a year, and then a friend suggested that he go to KSC. Bob’s cousin, Claire Coll, graduated from the school in 1960, so he was familiar with it. And the school felt like it was the right size. “Keene was big, but not that big. I knew almost everybody there,” he said.

He enrolled in the industrial arts program in 1963, played baseball, and was a director of intramural sports. He changed his major to history and he graduated with a double major in industrial arts and history in 1968. After that, he taught history for five years and then transitioned into the construction business.

“An important thing to know about Keene State was that you learned to be somewhat of a teacher. Believe it or not, even in the construction business I used the skills I learned at Keene State. I was constantly teaching everybody who worked for me,” he said. “I was still teaching, but in a different sense. Keene State really prepared me for that.” Bob retired in 2007 after 35 years in the construction field.

Their roots at KSC weave through their lives

KSC may have helped Betsy and Bob launch their successful careers, but more meaningfully, it was the place where the two of them met—Betsy was friends with Bob’s roommate. “We started dating in 1965,” Bob said. “We dated for two years at Keene State College and four more after that before we got married 51 years ago.”

KSC is also the place where they forged some of their deepest and longest-lasting friendships. “A lot of our close friends went to Keene,” Betsy said. “We spend a lot of time with them. I think that is as important as anything—the connections that you keep and the contacts you make.” Betsy and Bob are involved in KSC activities. They spend most of the year in Manchester, where they are close enough to Keene to easily reach the campus. Betsy is a director on the board of the Alumni Association, and they both volunteer at the school—this year they volunteered to be ushers at commencement. They also like to attend events on campus, especially the Golden Circle lunches and the December jazz concert.

The KSC connection has spread through the Coll family tree

It’s not surprising that talking about their positive memories and experiences with Keene State over the years would lead other family members to take a look at the school when it was time to choose a college. Bob and Betsy’s younger daughter, Jill Coll Gaumont, graduated from KSC in ’99 and now teaches children with behavioral disorders in Manchester. “She majored in psychology at Keene with no clue what she wanted to do,” Betsy said. She chose teaching when she was in her 30s and, fortunately, a lot of her courses from Keene transferred, making the transition easier. Her husband Brian Gaumont is also part of the KSC legacy—he graduated in ’97. Their older daughter, Stacy, forged a different path. She graduated from Johnson and Wales University in Providence and has been a flight attendant for United Airlines for 27 years.

Bob and Betsy have three grandchildren, and time will tell whether the KSC legacy will continue with their generation. Their oldest grandchild has other plans—he will start his studies at UNH in the fall. His sister is a junior in high school and their cousin is a senior, so they haven’t finalized their college plans yet.

Over the years, several nieces, nephews, and cousins have also graduated from KSC:

Along with the family legacies, many of the high school students Betsy taught over the years chose to continue their educations at KSC. She’s seen her students go on to choose Keene to study music, graphic arts, elementary education, and theatre, as well as PE. 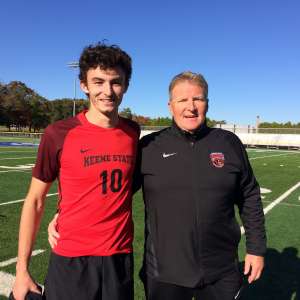 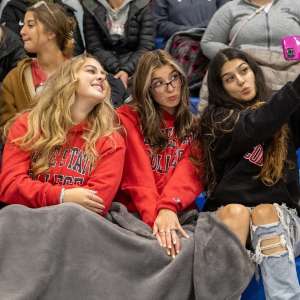 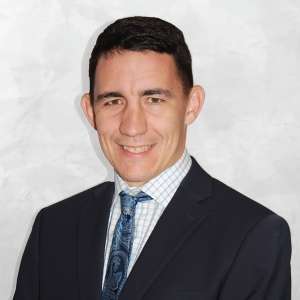 Gratitude in Their Words