Trolls and memes: they overlap with politics in ways that are sometimes weird, sometimes creepy, and sometimes riveting. What’s really cool is that these social media spectacles are a subject of academic research.

Meet Amber Davisson, associate professor of communication at Keene State, who likes to joke that she studies the bad things people do online – and one of her favorite things is involving students in her research. She’s one of four co-authors of a new book, Poaching Politics: Online Communication During the 2016 US Presidential Election.

So what about those trolls and memes and the 2016 elections? Remember the “deplorables,” Hillary Clinton’s soundbite targeting white supremacists? In the book, Prof. Davisson traces the way online trolls – troublemakers who log onto social media, typically under fake names, just to stir up chaos – hijacked the concept and turned “deplorables” into a unifier for supporters of Donald Trump.

“The trolls are apolitical,” Prof. Davisson says. “They care less about Trump’s politics and more about chaos. They were chaos monsters, and they were enjoying being chaos monsters.”

She writes about more of that kind of chaos in a chapter that looks at the way trolls convinced the mainstream media that a popular internet meme, Pepe the Frog, was a Nazi symbol – after which Pepe literally became a Nazi symbol, much to the distress of the cartoonist who created him. Another example? One social media troll made it his mission to push out images of Hillary Clinton tripping or coughing, along with text implying she had a serious illness. The media jumped in to report that it wasn’t true, but that made it a story, and it became part of the conversation.

“That’s what the book is about – the way these trolls were able to use social media to generate narratives that got journalistic attention and then became critical parts of the election,” says Prof. Davisson, who has served as a media expert on the topic for news outlets including the Washington Post and National Public Radio.

So what do we do about this problem of social media being used to spread fake information to either sway people’s opinions about candidates or simply stir up chaos? Prof. Davisson suggests a couple of things. First, think carefully about info you see posted on social media. If something sounds ridiculous or conspiracy-oriented, look it up. Chances are it’s fake. And if somebody you know posts something or tells you something that sounds fishy, check it out on the spot and correct them if necessary.

Third, think about what you want your online community – whether it’s Facebook, Twitter, Instagram, or another site – to be like. When you share posts designed to feed the outrage, you’re helping make the site a place that’s unpleasant. “I think about it like littering,” says Prof. Davisson. “You don’t litter because you don’t want to live somewhere gross. You should think about the fact that online you are littering, and you are making the space you live somewhere gross.” 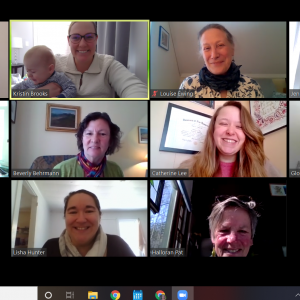 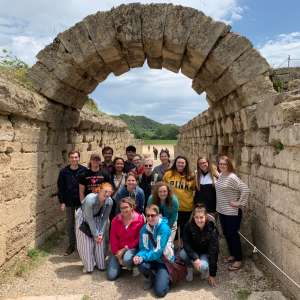