Honors student, senior, and Holocaust and Genocide Studies major Johanna DeBari recently received funding from the Student Conference Fund to attend a conference at Weber State University in Ogden, Utah. The conference, entitled Rwanda 20 Years After: Memory, Justice and Recovery in the Shadow of Genocide on March 28–29, and DeBari has been invited to present her research on rape as a tool of genocide and the impact of the case Prosecutor v. Akayesu. She is the only undergraduate to be accepted as a presenter.

During the summer of 2011 DeBari took Professor of Sociology and Anthropology Therese Seibert’s course, Rwanda: Then and Now, which included a trip to Rwanda. “I was hooked on anything Rwandan and inspired by the people, the culture … everything,” DeBari recalled. “So, I came back and dedicated every free second I had to doing research on Rwanda. I did one independent research project that resulted in a publication in Metamorphosis, COPLAC’s undergraduate journal and was still hungry for more. I found out about the undergraduate research fellowships at KSC and decided to apply, combining my love of Rwandan history and culture with the horrors I had learned had taken place in the rape camps of Bosnia-Herzegovina. I chose to take on a research project in which I studied rape as a tool of genocide and its implications within international law.

“I combed through cases in the International Criminal Tribunal for Rwanda, searching for people who had been charged and convicted of rape during genocide; but only one name came up: Jean-Paul Akayesu. I then focused my research on the implications of his specific case and how the tribunal found the rape he instigated, aided, and abetted amongst genocide perpetrators constituted the same genocidal intent to destroy the Tutsi ethnic group as did the killings. The main idea behind my research is discussing how the case against Akayesu has impacted international law, and how it will be prosecuted in future conflicts or cases where rape is used as a systematic tool of war and genocide. Rape and sex are two very taboo things in society, including within the context of war and genocide: My goal with my research project is to start conversations about a topic few people want to face.”

This is a wonderful opportunity for DeBari, but she’s obviously well prepared. “Really, this opportunity feels like its a dream,” she said. “I never thought I would be presenting at a professional conference where I was the only person without the letters ‘PhD’ after my name … I haven’t even finished my BA!” Her goal is to become a professor, and this achievement will certainly be a big step towards that. “I am so excited to do this presentation, I can’t even explain. I am going to be doing what I love, with other people who love what they do too. It should be an amazing weekend where I am able to learn so much from others as well as engage in wonderfully intellectually stimulating conversations about my passions.” 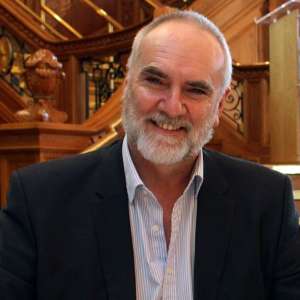